Sabering a bottle of champagne is a triumphant and crowd-pleasing way to open bubbly – but it doesn’t always work. (watch me struggle on the video)

If you dare to try it (at your own risk), I recommend following these steps: 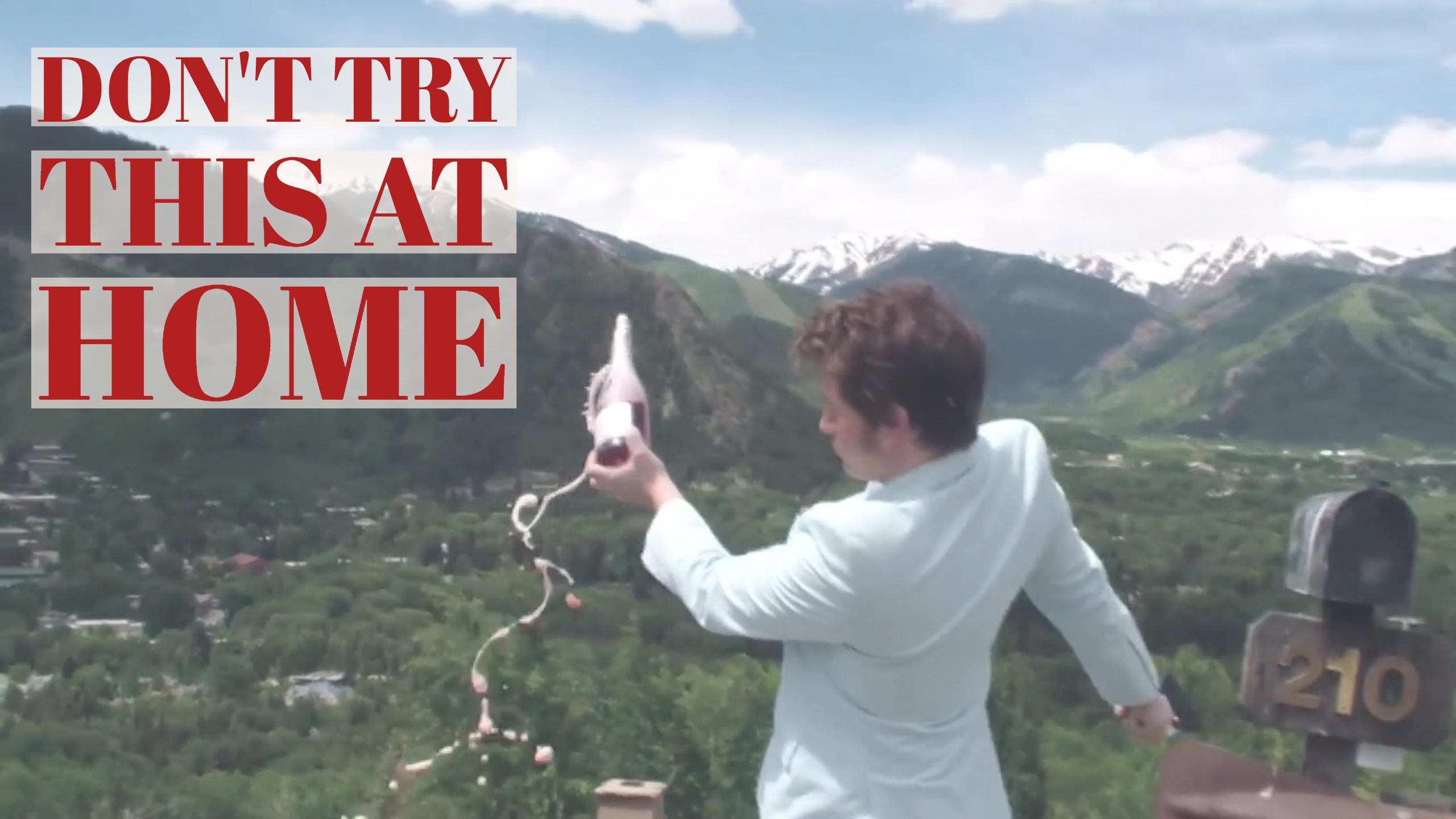 Now check out my video where I forgo my trusty saber in favor of a more Aspen-apt tool: an ice scraper for skis. Consider this both entertainment and practical research: now we all know that, should we get cold feet at the top of that black diamond, we can always ski-saber a bottle of bubbly for some liquid courage.

For more on sabering and other wine tricks, advice, alternatives, and more, grab a copy of my new book, How to Drink Like a Billionaire. 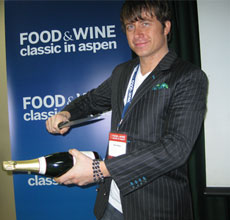 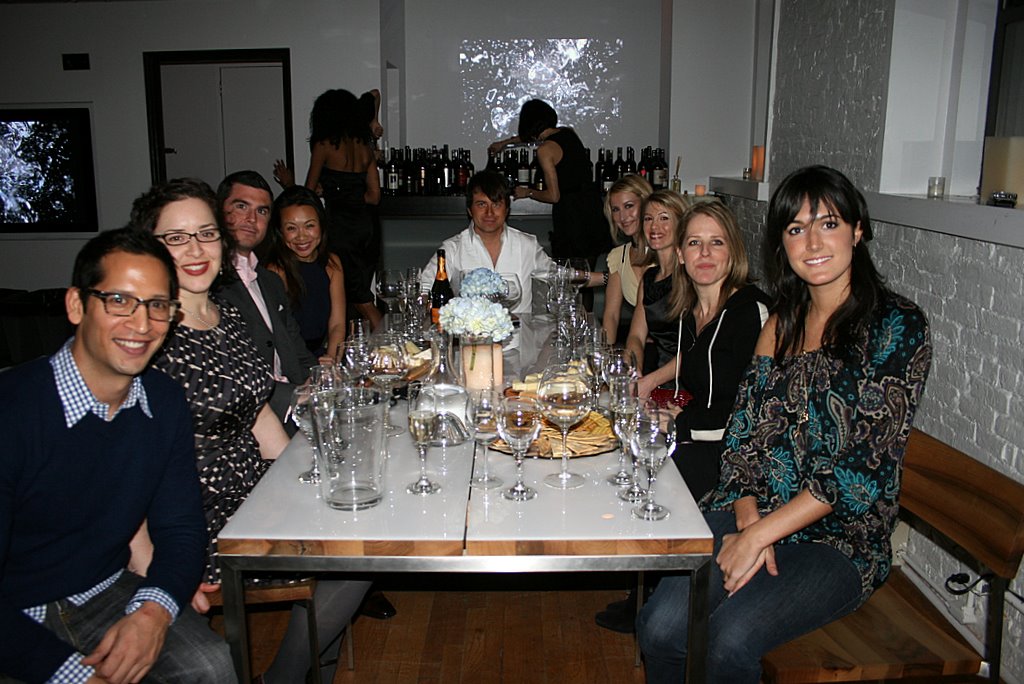 To coincide with my seminars at the 25th anniversary of the FOOD & WINE Classic in Aspen this weekend, I am auctioning off a very special “Devastate Your Friends on New Year’s Eve” Kit. All proceeds go to FOOD & WINE’s Grow for Good campaign to raise $1 million for Farm to Table, a national initiative dedicated to encouraging sustainable agriculture and increasing people’s access to locally-grown foods.

Be the vinous hero among your friends when you serve these rare gems straight from Mark’s personal collection.  Before and during the ball drop, you will enjoy a fascinating face-off between two best-of-breed Blanc de Blancs Champagnes–one from a top “indie producer” and theother from a legendary Champagne house.  The first is a magnum of the stunning no-dosage Grand Cru Cramant from Guy Larmandier, the marvelous artisanal grower-producer whose Champagnes are mostly only obtainable at auction.  The other, the Taittinger “Comtes de Champagne” Brut Blanc de Blancs, hails from the splendid 1996 vintage and has received ecstatic praise from top wine critics.

As you and your guests savor the first hours of the new year in a state of bubbly bliss, you will cap the evening with divine nectar from Austria- the ultra-rare Nittnaus Trockenbeerenauslese Neusiedlersee Pinorama 1995.  Your guests will marvel at both your ability to pronounce the unprounceable [TRAWK-uhn-bay-ruhn-OWS-lay-zuh] and how such a delicate dessert wine can offer so much complexity – a rapturous swirl of honey, orange, apricot, and chocolate, buttressed by a racy vein of acidity. To master these wine types and many others, we are including a signed copy of the best-selling Oldman’s Guide to Outsmarting Wine.