Château d’Yquem: there is no substitute. This is what happens when you hit emotional Defcon 1 🚨 and have to pull out the heavy artillery. Featuring: nectarous, peacock’s-tail-like Château d’Yquem 2006. 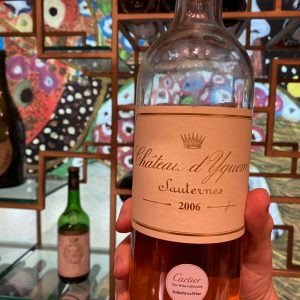 Nobody raises an eyebrow if they see a fan getting his book or concert program signed. If Meryl Streep or Daniel Craig is asked for an autograph, it is a natural course of events. But what of wine and the winemaker: is it ok to ask a vintner to sign to your bottle? 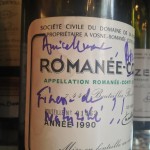 So I pondered during the recent Domaine de la Romanée-Conti media tasting at New York’s A Voce Columbus.  The featured speaker was Aubert de Villaine, the courtly French co-owner and winemaker of DRC, widely considered the most sacred Pinot Noir ever to ferment its way into existence.  After we tasted through the 2010’s, which included pulse-quickening renditions of La Tâche and Romanée Conti, as well as, of course, the ethically proper abandonment of my spit cup, I threw caution to the wind and approached Aubert. Preternaturally unassuming, he gamely agreed to sign my bottle and did so with an appreciative smile, thereby creating a memento that shall grace my curio cabinet for the rest of my wine-moistened years.

Later I reflected on what it takes to make the most of approaching your favorite winemaker for such a bottle note, and here’s what I came up with:

Have a good marker ready. Don’t use just any pen – employ a Sharpie for its permanence and then choose a color such as purple or burgundy to lend visibility and uniqueness. For a dark label, go metallic gold or silver. 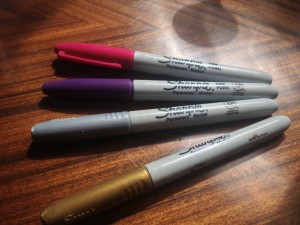 Have an inscription in mind. Unlike authors or actors, winemakers don’t necessarily come equipped with witty inscriptions.  If you don’t premeditate something for them to write, you might be left with only a lonely signature, which just isn’t making the most of your effort or the bottle’s potential impact. During the tasting, Aubert had talked of how great wine gets that way when grapes can achieve a fine ripeness he called “finesse de maturité”.  And there, in that poetic phrase, an inscription for my bottle was born.

Make it a special bottle. Even if I had wanted to use an empty 2010 bottle from the tasting, I wouldn’t have dared, for fear of freaking out DRC’s importer, Wilson Daniels, whose reps rushed to scrawl an “X” over the label of each emptied bottle so as to discourage counterfeiting.  Who can blame them when you consider how connoisseurs have been duped by the likes of scoundrels such as recent faker extraordinaire Rudy Kurniawan; one expert told me that just one empty bottle of Romanée Conti could be worth thousands of dollars on the black market.

Fortunately a month before this tasting, I took part in a nine-person dinner vinously catered by not one but two legendary collectors. For a grape nut, this is the rarest of planetary alignments, like being afforded access to the music collection of Brahms and Beethoven. Among his show-stopping offerings the first collector brought the dessert wine Château d’Yquem from the unfathomable vintage of 1893 (incredibly, the middle two numbers have not been transposed) which still had plenty of lemon-vanilla intensity despite its century-topping slumber in glass. 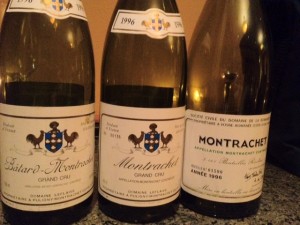 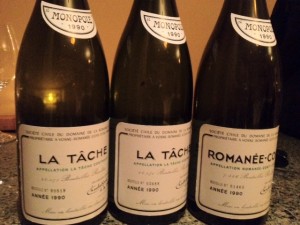 The other collector’s contributions included the 1996 Leflaive Montrachet, one of the rarest and most coveted Chardonnays ever made, and two bottles each of 1990 La Tache and 1990 Romanée Conti, both Picassos of Pinot whose current auction price I resisted Googling for fear of setting my computer’s keys ablaze.  The day after this epic repast, I knew that the right thing to do was to ship home one of the empty bottles of Romanée Conti.

This of course wasn’t the first time I saved an empty bottle for sentimental purposes.  As detailed in this New York Times piece and in this lighthearted video, I was sent to New York criminal court for walking the streets with an unloaded bottle of 1970 Château Palmer.  It is one of those truth-is-stranger-than-fiction stories, recounted in amusing detail in this official court transcript.  When last fall I had the opportunity to have dinner with Château Palmer’s CEO Thomas Duroux, I had him inscribe a bottle of the ’70 Palmer with the rallying cry from the above video, “Libérez Oldman!” 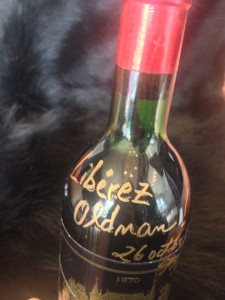 My first foray into winemaker worship happened as a college student when I co-founded the Stanford Wine Circle and convinced the mythic Robert Mondavi to come to campus to lead a tasting of his To Kalon Vineyard Cabernet Sauvignon. After his presentation, Wine Circle members lined up with the determination of sample-sale seekers to have an empty bottle from this tasting signed by this vintner hero. Bursting with ruddy enthusiasm, Mondavi basked in the attention, any trace of his octenegarian years vanishing in the presence of the event’s adoring coeds.  And like a Cab-craving Richard Dawson, he kissed every one of them. 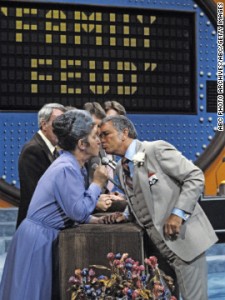 My own tribute to the man came in the form of having him sign a bottle of the then-acclaimed 1985 Mondavi Cabernet Reserve, which I had sourced with the help of the winery’s San Jose rep; we located what seemed like the last bottle on Earth hidden under egg grass in the display case of a trinket shop at SFO airport.

So the message here is not to hesitate engaging in your own winemaker groupiedom. Find a wine you love and discover who is behind it.  Visit the winery or attend a winemaker dinner and get your bottle signed with a message meaningful to you.  Not only will it pay due tribute to a talented soul, but it will forever bond you to their work.  It may also inspire you to follow that wine throughout the years, noticing how each vintage can bring intriguing flavor and texture variations – the observance of which is one of the great joys of wine appreciation.  Never forget that winemakers are as deserving of a place on your shelf of memories as any musician or actor.  Actually, they might be more deserving, because winemakers aren’t just artists; they are artists who get you buzzed.