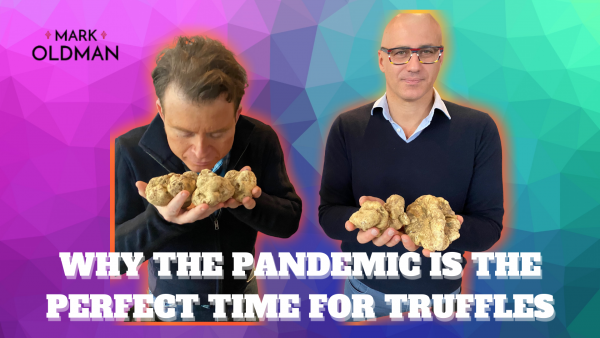 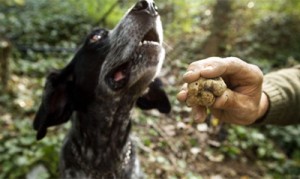 How to Avoid Being Truffle Hustled in Restaurants:

New in the New York Times: coverage of my BYOT(ruffle) ritual. 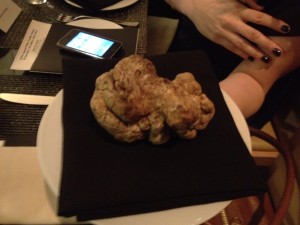 Truffle Shuffle: Setting out for the Coinstar machine at the Food Emporium in New York’s Union Square, I had gotten about halfway down 15th Street when the sound of spewing metal prompted me to look back and notice the trail of change snaking out of my roller bag and onto the rainy pavement.

“Oh [expletive]!”  I fell to my hands and knees and tried in vain to scoop up the four years of worth of pocket change now ascatter on the asphalt.  In the street dodging nighttime traffic, my fingers painted with the ashy, urea-rich brand of filth peculiar to New York streets, I felt as defeated as the Santa-suited Dan Ackroyd in Trading Places.  What have I been reduced to?! I picked myself up and walked off with my depleted bag, disgusted and dejected, leaving this trail of legal tender in the street for the numismatically needy.

That was five years ago.  Having accumulated a new stockpile of spare change, last month I set out on another Coinstar crusade, this time with roller bag fully zipped.  And on this mission I found success, leaving the Food Emporium with $139.83 in cold cash.

What to do with these spoils?  The incurable gastronaut in me could contemplate only one option: invest in one white truffle, the rare, uncultivable fungus that rolls off the Italian tongue mellifluously as tartufo bianco.

With late autumn being the heart of truffle season, I had recently read good things about a specialty store in the East Village called Trufette (also known by its wholesaler title, S.O.S. Chefs).  So off I went to this sliver of a shop, its barely-marked exterior leading to the kind of offbeat boutique your aunt would own – if your aunt were French-Moroccan and lined her shelves with mysteries like argan oil, pimprenelle powder, and geggenbauer vinegar.  I knew I was getting closer to the mark when I spied a blackboard listing fresh mushrooms that were equally Martian-sounding: yellowfoots, ovaly, mousseron, honshimeji.  In back things were lab-like, with metal tables and scales and two workers focused intensely on sorting through these precious specimens.  Then the owner emerged, a pixie clothed like a cat burglar, a black snowcap stretched over her head like a freedom fighter on the mycophilic trail.

“I’d like to buy a truffle,” I informed her, dizzy with a bit of the consumptive pride experienced by purchasers of big cars and small islands.

Disappearing into the back room, she soon reemerged cradling a plastic container like it was a kitten box.  When the cover came off, there they were: nine knobby balls of pungent gastronomic gold.  Wa-wa-wee-wa!

As she fished one out, I asked whether I could take a picture of this wondrous sight.

“No, no, no…no photos, no photos,” this culinary Che Guevara said with a swagger and finality that one dared not challenge.  (At least to her face: when she wasn’t looking, I snapped a few photos anyway).

She wrapped my truffle in purple tissue paper and placed it in a plastic container, poking a hole in the lid so it “could breathe”.  Surrendering all of my Coinstar winnings and adding a ten-spot, I finally took possession of the contraband and headed for the door.  Was that the chorus of “Smugglers Blues” echoing in the distance?

The question remained: how could I extract as much pleasure as possible from my ounce of Piedmontese perfection?  Lacking chef skills, I resolved to do it the easy way by improvising the concept of “B.Y.O.T.” (Bring Your Own Truffle) to a local eatery.  I figured that smuggling it into any place that actually might serve truffles could earn me a scarlet letter in the restaurant world, so I chose Pizza Gruppo, an East Village dive that serves ethereal brick-oven pizza and levies only a $10 corkage fee on diners who bring along their own wine.

Gruppo never knew what hit ’em.  With friends running interference, I sneaked in a duffle bag that contained the truffle, a truffle grater (resembling a miniature cheese grater with a metal handle), and two bottles of Barolo, which, like white truffles, derives from Italy’s Piedmont region and is often said to resonate with hints of truffles itself.

We ordered the blandest pizza possible and then took turns grating excessive amounts of the truffle on our slices, giddy like school kids chugging chocolate syrup when Mom isn’t looking.  The truffle had an inimitably earthy funk – a musky quality that evoked sautéed garlic, fried walnuts, even decayed leaves.  Lubricated with hearty hits of Barolo, it approached what a poet once described as a truffle’s ability to provide “a foretaste of paradise”.  And for only about two thousand pieces of pocket change, this was paradise at a deep discount.

If you’re going to B.Y.O.B. while you B.Y.O.T., this is the bottle to do it with.  A wonderful core of ultra-ripe blackberries is joined by notes of leather, tar, licorice, and perhaps some truffle.  Full-bodied with just a trace of tannin in its otherwise smooth, enduring finish, it has the stuff to get even better over the next several years.