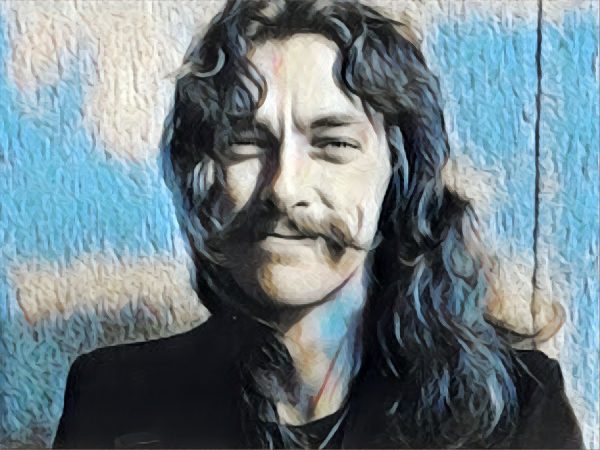 Neil Peart: those of us who admired the legendary Rush drummer, his lyrics, and his overall modus vivendi are still mourning his untimely passing. There was such a positive and passionate reaction to my recent Inc. story about Rush’s lessons for entrepreneurs, and such rich material in his lyrics, that the piece deserved a sequel. The following are ten more lessons that recently departed “professor” had for entrepreneurship, and life:

1. Refuse to be the pawn

It’s time I was king, now not just one more pawn….
Fly by night, goodbye my dear
My ship isn’t coming and I just can’t pretend

In the title track of Rush’s second album, Fly By Night, which was the first record for Neil Peart and his lyrical pen, we have one of the central motivations for entrepreneurship: autonomy. Aware of the perils of passivity, Peart is prepared to “fly by night” to eventually achieve kingly control over his own destiny.

The ability to think big is one of the hallmarks of a great entrepreneur. Guest lecturing at my Stanford “Ingenious Entrepreneurship” course, Learnvest founder Alexa von Tobel advised my students to imagine the regret they would feel as an 80-year-old if they didn’t take sizable risks now.

Restaurant mogul Danny Meyer also addressed how to overcome narrow thinking by urging my students to ask themselves, “Whoever wrote the rule….?” when considering an exciting but risky new idea. Had he not applied that liberating mindset to Shake Shack, Gramercy Tavern, and so many other of his winning food concepts, the world would be a far less flavorful place.

Thinking big as an entrepreneur, of course, also involves pursuing a business model that is “scalable” – i.e., has the potential for high growth into new markets and geographies.

3. Leverage the fearlessness of youth

While recent research suggests that middle-aged founders may succeed more often than younger ones, there is still much to br said for taking your first entrepreneurial shot while in the blush of youth. With fewer family, health, and economic constraints, whippersnapper founders can leverage their time-limited sense of “immortality” to overcome the challenges of building a business.

What the young lack in experience, they make up for with naive derring-do, as Neil Peart encapsulated in 1991’s “The Big Wheel”: “Well, I was only a kid, didn’t know enough to be afraid/ Playing the game, but not the way the big boys played/ Nothing to lose, maybe I had something to trade.”

Successful entrepreneurship requires a herculean work ethic. Founders must be self-starting workaholics, willing to toil around the clock and drive themselves to the point of obsession. Early in Microsoft’s history, Bill Gates’ “uphill climb” involved coding at his desk until he would pass out from exhaustion. Elon Musk is infamous for his 120-hour work weeks. Jeff Bezos is so hardcore that he uses “Gradatim Ferociter” (Latin for “step by step, ferociously”) as the motto for his spaceflight company Blue Origin. Peart himself was legendary for his endless practicing; he would even practice before rehearsals with the band, essentially practicing to practice.

Such burning intensity can exact a cost, as echoed by Neil Peart’s lyrics from the 1976 song, “Something for Nothing”: “You don’t get something for nothing/You can’t have freedom for free.” That sacrifice, for some founders, are friendships, relationships, and sometimes sanity.

I stand atop a spiral stair
An oracle confronts me there
He leads me on light years away
Through astral nights, galactic days

Like the oracle in Rush’s opus 2112, advisors are critically important to the entrepreneurial journey. Venture capitalist Vinod Khosla was not exaggerating when he offered that, “The single most important thing an entrepreneur needs to learn is whom to take advice from and on what topic”. At minimum, founders should have a trusted, energetic board of advisors that offer a diversity of viewpoints and proficiencies.

Even better is a personal mentor on whom you can call in times of uncertainty and hardship. Oprah Winfrey often consulted the late poet and sage Maya Angelou. Bill Gates has repeatedly sought the counsel of Warren Buffet.

At my course Danny Meyer spoke of how the longtime owner of Sparks steakhouse, the late Pat Cetta, was critical to his learning how to manage people and develop his much-emulated philosophy of “enlightened hospitality”.

6. Be a sponge for learning

He picks up scraps of information/ He’s adept at adaptation

An effective entrepreneur is a veritable digital man or woman, absorbing “scraps of information” at every opportunity, forever reading, learning, and questioning. Microsoft CEO Satya Nadella put it crisply when he said, “Don’t be a know-it-all; be a learn-it-all.”

The most important information is that which comes from users. An entrepreneur must continually ask them what works and what needs improvement, and adapt the business accordingly. As Sweetgreen cofounder Nicholas Jammet told my students a few weeks ago, he and his cofounders are constantly seeking feedback from their customers: “Our focus is maniacal; we are constantly testing hypotheses and iterating the Sweetgreen concept.”

Most would agree that the essential pillars of a “grand design” business are the business idea, the size of its market, and the quality of its founders. For seasoned investors, the last factor is often most important, as the business’ chances for success dramatically increase if the founders are “the real thing”. VC types want to see that the entrepreneurs have requisite grit – the fortitude to stick to their vision and execute relentlessly in a world of scarce resources.  But they also are looking for a measure of adaptability: those with willingness and ingenuity to pivot the business when the market demands it. Deft entrepreneurs can make the most of an average idea, but weak founders can destroy the grandest of designs.

How does an entrepreneur make the most of the distance? You have to develop your endurance like an athlete by eating sensibly, hitting the gym, and getting sufficient sleep. It is often difficult for founders to remember to put on their oxygen masks first and practice self-care amid the relentless demands of a startup. Fortunately, there are now a multitude of apps and websites  to help founders to take regular breaks, practice meditation, engage in walking meetings, and block out the innumerable digital distractions.

Everybody got to elevate
From the norm

The most promising businesses have an economic “moat” – that is, a sustainable competitive advantage over other firms in their category. When he spoke to my students a few weeks ago, Bluestone Lane founder and Melbourne native Nicholas Stone said that when he entered the crowded coffee chain business he took pains to elevate his concept from the norm established by Starbucks. This meant delivering an experience based on the principles of the Australian coffee culture in which he was raised: higher quality coffee, friendlier customer service, and more intriguing, nourishing food such as the company’s famous, Instagram-friendly “avo smash”.

Why does it happen?
Because it happens.
Roll the bones.

There is not a startup in history that has not experienced setbacks and dead ends, a great many also endure full-scale failures and near-death experiences. An entrepreneur needs to learn from misfortunate without dwelling on it — fail forward, as they say. The sooner one realizes that failure is an inevitable part of the startup process, the easier it is to persevere and “roll the bones,” which is an old-fashioned term for rolling the dice.

Elaborating on the song’s title in an interview, Neil Peart explained that, “The bottom line…is to take the chance, roll the bones, if it’s a random universe and that’s terrifying and it makes you neurotic and everything, never mind. You really have to take the chance or else nothing’s going to happen.”