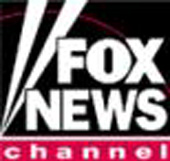 The influence of the movie “Sideways” (search) has some wine drinkers’ favorite tipple turning to vinegar in their mouths.

Though the vino-drenched comedy has inspired more people than ever to flock to their local cafes, wine shops and vineyards to sip a glass of red or white, it also has put a cork in sales of Merlot (search), until now one of the most consistently popular varietals of red wine among Americans.

“Right now Merlot is definitely in the doghouse when it comes to desired varietals — a victim of the ’Sideways’ effect,” said Mark Oldman, author of “Oldman’s Guide to Outsmarting Wine.”

Miles has one major pet peeve when it comes to wine: Merlot, which he generally despises as a common but mediocre product of the sacred grape. He vastly prefers Pinot Noir (search), the grape of which is harder to grow but which some find immeasurably more rewarding.

The contrast between Merlot and Pinot Noir can be seen as a mere metaphor for the differences between gregarious but shallow Jack and prickly but soulful Miles, but thousands of moviegoers have apparently taken Miles’ advice to heart and are snubbing Merlot…

“Merlot will likely regain much of its popularity, because it is such a likeable wine — soft, rich, without the gum-numbing bitterness that wines like Cabernet Sauvignon (search) can have,” Oldman said. “Also, and this may seem trivial but it’s not, it is really easy to pronounce, which makes a difference in what people order.”

“A full glass of rich, new wine discoveries that will help to expand your wine horizons and build your confidence when exploring your favorite wine store…offers wine lovers of all experience levels a real good buzz on unfamiliar gems…Mark sheds light on the wines that have had both industry insiders and wine lovers “in the know” grinning from ear to ear for some time now.  Much in the same fashion that Oldman used in his last book, thisis a guide with lots of easy to swallow advice.  It’s much like a friend sharing with you how these ‘new’ wines taste, how much you can expect to spend, their availability, and what kinds of foods to pair with them.  In addition, Oldman shares little nuggets of information about the wines (via “cheat sheets”) without boring you to tears with a bunch of information only needed by hardcore grape-nuts for the WSET exam…If you have a wine enthusiast in your life, this is a great book to give this holiday season!”