“Winespeak without the geek”

Books, Video and Other Media 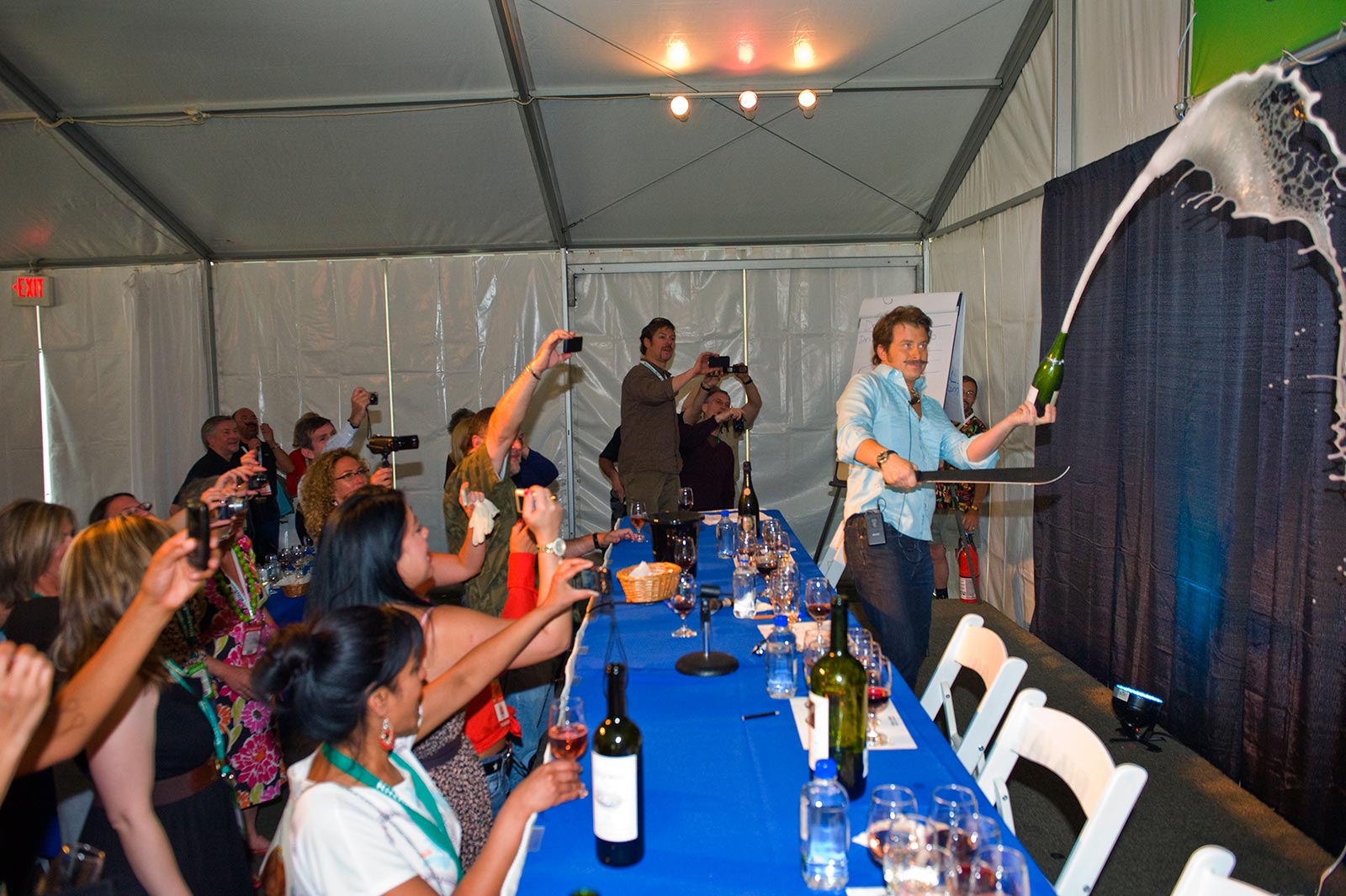 With what Publishers Weekly called “an exceptional voice,” Mark has written three award-winning wine books. Most recently, Mark released How to Drink Like a Billionaire: Mastering Wine with Joie de Vivre (Regan Arts), which won both the 2017 IACP Cookbook and the Gourmand World Cookbook Awards.  A full-color hardcover brimming with original illustrations and photographs, Billionaire contains 120 snackable chapters that empower readers to approach wine with a billionaire’s unapologetic confidence and discernment. Named a “book you should read now” (Vanity Fair), the “ultimate guide from the best in the business” (WGN Radio), “one of the most approachable and essential wine books to date” (Aspen Times), it was featured in Forbes, the New York Times, Maxim, and on Bloomberg TV.

Before Billionaire, Mark wrote Oldman’s Brave New World of Wine (W.W. Norton), focusing on that holy grail of wine lovers: insider wines of moderate cost and maximum appeal. The Wall Street Journal called Brave New World of Wine “the perfect book for someone who’s just caught the bug, or would like to.” Winner of the Georges Duboeuf Best Wine Book of the Year Award, it was named one of the “Best of Books of the Year” (Apple iTunes), “amazing, hilarious” (Marie Clare), “charismatic and cool” (Publishers Weekly), “wicked funny” (Palm Beach Post), and “a welcome discussion of many little-known wines that have a great deal of pleasure to offer” (New York Times).

Mark’s first book, Oldman’s Guide to Outsmarting Wine (Penguin), was called “perfect” (Wine Enthusiast), “shortcuts to a connoisseur’s confidence” (Business Week), and “the perfect primer—concise, evenhanded, fun, and practical” (The New Yorker).  Currently in its tenth printing, it won the Georges Duboeuf Best Wine Book of the Year Award, was a finalist for “Best Wine Book” at the Le Cordon Bleu World Food Media Awards, and is published in Japan, Belgium, and in four volumes in France.

Mark was the lead judge in the PBS television series The Winemakers and was a regular on Martha Stewart’s Sirius Satellite Radio channel. He has written for an array of culinary and lifestyle media outlets, including Travel & Leisure, Departures, Epicurious.com, Food & Wine, Maxim, and Wine Enthusiast.  He was the founding wine columnist for Everyday with Rachael Ray and the wine correspondent for the Food Network.

“One of the top personalities in food and wine” 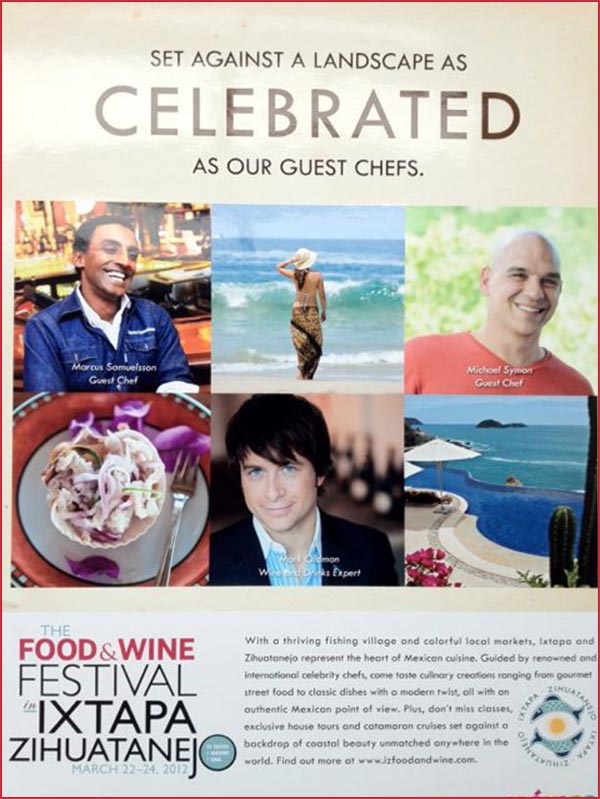 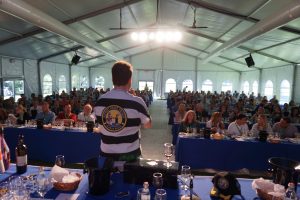 In addition to his frequent festival appearances, Mark has a lecture schedule that rivals many politicians’, spanning the universe of blue-chip venues such as the Smithsonian Institution, Harvard Business School, 92Y, Estée Lauder Corporation, Credit Suisse, American Express, the Junior League, L.A. Live, Soho House, the Bohemian Club, and the James Beard House.  He is also an in-demand spokesperson, wine judge, and emcee, with clients ranging from Pottery Barn and Williams Sonoma to industry trade groups such as Wines of Chile and Rias Baixas Wines to the Susan G Komen Breast Cancer Foundation.

One of gastronomy’s most exciting speakers, Mark hosts events that have been called “the #1 best moment  of the Aspen Food & Wine Classic” (Curbed), a “smashing success” (USA Today), “the best seminars of the festival” (Aspen Sojourner) and an “amazing performance: animated, informative, hilarious and crowd-pleasing” (Austin Chronicle).

“The ideal mix of wine connoisseur, showman, and everyday dude” 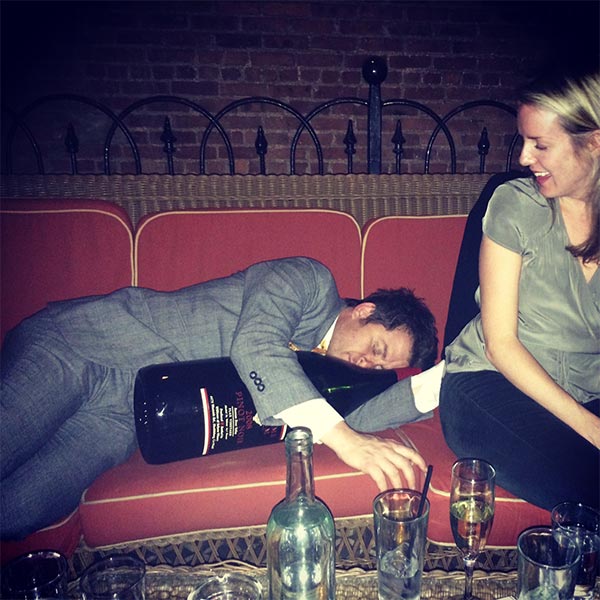 Mark’s approach is inventively irreverent and forever aimed at creating memorable experiences. Who else, for example, would pioneer the annual ritual of “B.Y.O.T.” (i.e., “Bring Your On Truffle”) to circumvent the exorbitant truffle pricing in restaurants? And did you know that Mark was hauled into criminal court for an open container summons that he received while carrying an empty bottle of prized Bordeaux? He ended up lampooning the non-crime in a video and even christened a room of his apartment “the Felony Room” in commemoration of the court case. Then there’s the time when Mark had to have spinal surgery and therefore smuggled into the hospital a bottle of the nectarous Château d’Yquem and wet his lips with before going under the knife.

Mark brings his sense of fun to audiences, too. He has offered his seminars a taste of wine from Bernard Madoff’s wine collection (and a card certifying the experience), donned a custom space suit to emphasize wines that were “out of this world,” and served audience members wine from the 1800’s (along with a celebratory pin that said, “I Drink Wine from the 80’s — the 1880’s”.  He also created luggage tags based on Ruth Bader Ginsburg ‘s admission that she wasn’t “100% sober” when she fell asleep at a State of the Union meeting.

Remarking on his singular style, the Aspen Daily News described how in one talk he “managed to incorporate some Biggie Smalls lyrics while discussing a $90 bottle of French champagne; led a little chant and dance on how to taste wine; and shared his method of pouring undrunk rosé into a Gatorade bottle when unable to finish a bottle of the pink stuff in a restaurant…very few looked as though they wanted to leave as the volunteers signaled that his time was up.” 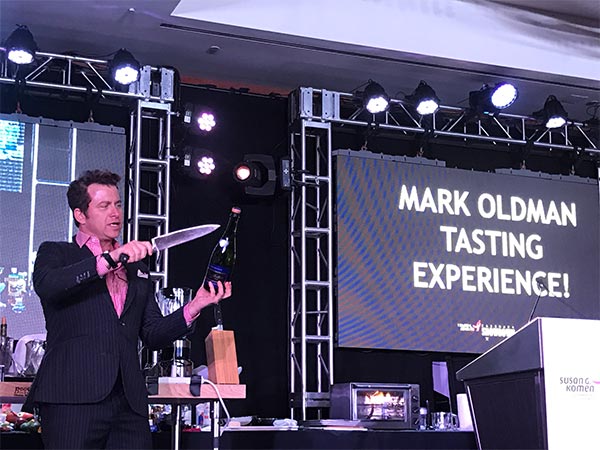 In 1997, Mark and his friend Samer Hamadeh founded Vault.com, a career portal that provides job seekers with insider information on corporate culture at Fortune 1000 companies, as well as rankings of companies and firms. They won Crain’s Top Entrepreneur’s Award, the Harvard Business School Club’s Entrepreneur of the Year, and the Silicon Alley 100: The Internet’s 100 Most Influential Executives.  He served as president of Vault.com until its sale in 2007 to a private equity firm.

“For those looking to expand their vinous palates, Mark leads the way” 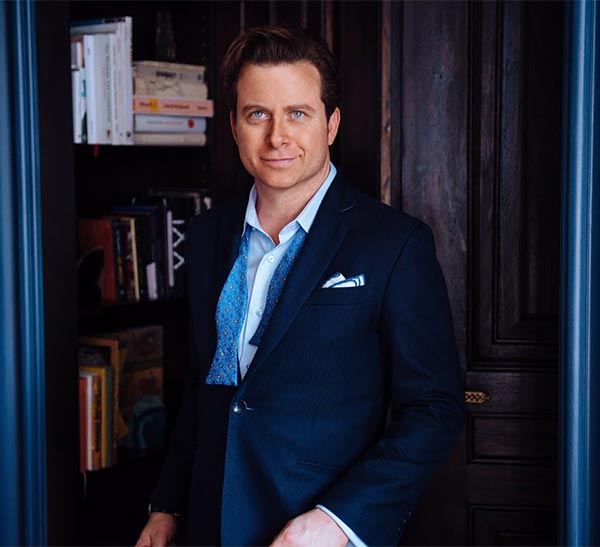 Mark began his wine journey in 1990 when as a student he founded the Stanford Wine Circle, a popular university club hosting tastings with California wine legends, earning him the nickname “Bacchus on the Campus” in Wine Spectator magazine.  The club currently lives on at Stanford Business School.

Mark graduated Phi Beta Kappa from Stanford University with a B.A. and an M.A., as well as a J.D. from Stanford Law School. Passionate about innovating in the areas of education and entrepreneurship, he has served on five major boards of Stanford, including its top governing body, Stanford’s Board of Trustees. He also served as chairman of the STARS Volunteer Leadership Assembly, the university’s premier volunteer recognition event. 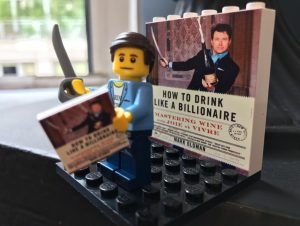 “One of the wine world’s great showmen”